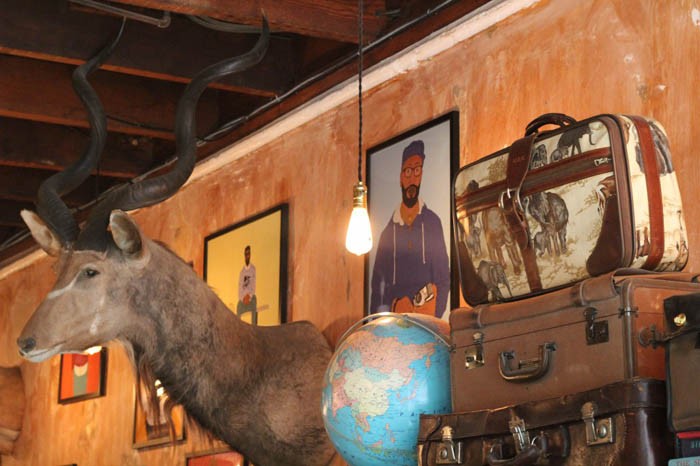 Leisure Life NYC, at just over a year old, is already one of Brooklyn’s most trendy boutiques. Founder, Charnier Corey, talks to HigherSelf about his store’s success, community involvement and more!

What is Leisure Life NYC?

Leisure Life NYC is a product of myself and my wife. We had an idea to open a retail shop, initially we wanted to sell shoes, but as we developed the idea a little more we decided to sell menswear in addition…

When we started we wanted to sell other brands. As we began getting the store together, doing the build-out, and securing contracts with other brands, we ran into some hardships sustaining or retaining the brands that we wanted and liked.

When that happened we found an opportunity to design some of our own things.

Bags, jackets… we started with outerwear. Through that opportunity we were able to start our own in-house brand, Leisure Life NYC. Starting out, how did you plan to impact your community?

We wanted to be somewhere where there was a creative energy; we looked around and found this space. It was right by Pratt Institute, there are a lot of creative professionals who live in the area, but the determining factor was that this space had a nice backyard. That’s something we wanted to use, to incorporate it into our store, to entertain clients and the community.

I moved to New York in 2002. I’m a visual artist so I’m always thinking about how I can creatively apply myself, and my own genius.  Initially we had an art collective where we’d promote artists. We had a brownstone where we’d clear all the furniture out, have artists in each room – just like an exhibit. We’d bring the art to non-traditional spaces just to get the people out. This graduated into something bigger. We created events at Bob’s Bar on the Lower East Side and The Shrine in Harlem. The last one that we did was a collage workshop we hosted at Frederick Douglass Academy in Harlem. The students came for a weekend and built collages to raise awareness in Darfur. For us it’s about the “givebacks”, and allowing people to see social consciousness.

There are ways to raise awareness besides picketing and protesting. We’ve always tried to identify with causes, and shed light on them our way. Fast forward to having the space… it’s the same type of energy, the same type of focus; this is just an extension of that. It’s still about bringing people in and doing all the stuff we’ve been doing.

What is “social responsibility”?

I don’t think people would look at me and see “an activist”, but I think that as an artist you always have to tell your own version of the story. This is my way of being active, of combating the problems I saw.

What could the community do to better support Leisure Life NYC?

I accept all support, in all its currency. So if it’s just waving and saying words of encouragement I appreciate everything. We’re definitely a small mom and pop. It’s me designing everything from the clothing to the bags and leather goods, I’m curating the brands, and most of the brands are the brands my friends. I say this to say – all of the people involved in this are people like me.

When you support Leisure Life NYC you’re supporting the movements of local artists. That’s important because artists represent opportunity.  By coming here and maybe purchasing a shirt, jacket or a pair of pants from Leisure Life you’re directly supporting the community.

We make everything here in New York City. All the bags and clothing are made locally, in the Fashion District. We definitely believe in the local artisan and making the highest quality goods.

Our support base is expanding. We did a photo-shoot by a Japanese magazine called “Warped Japan”. Recently we were featured in the New York Times. The journalist who featured us was referred to us by a friend in Dublin, Ireland. Support is coming from all over the place now. Describe your community in 3 words…

Our goal is to get our clothes on those people in creative fields living the type of lifestyle where they have leisure, and have the ability to travel and do some fun things… basically just live life.

We’re happy to see people who are pushing the limits and doing some creative things. We like activists who are living their lives and doing things on their own terms.

After that, the best has to be when we were featured in the New York Times. To be a little over a year old… that’s not something I expected. When we do things we expect success, but you don’t know when or how it’s going to happen. You never know how the story’s going to be told, but somebody came in the shop and they really “got it”.

At the end of the day if you do good stuff, people will see it.